Maritza Stanchich, Ph.D., is a Professor of English at the College of Humanit 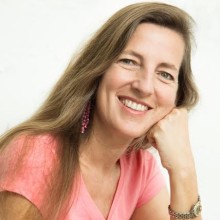 ies at the University of Puerto Rico, Río Piedras campus, where she teaches literature of the Puerto Rican diaspora, U.S. Latina/o literature, Caribbean and U.S. American literature from the undergraduate to doctoral level. She also served in the Academic Senate for four years, until 2014. Her scholarly essays on William Faulkner, literature of the Puerto Rican diaspora, and the crisis at the University of Puerto Rico, have been published in peer-review journals and essay collections.  These include the journals Sargasso and Mississippi Quarterly, and the books Prospero’s Isles: The Presence of the Caribbean in the American Imaginary (2004), Writing Off the Hyphen: New Perspectives on the Literature of the Puerto Rican Diaspora (2008), Hispanic Caribbean Literature of Migration: Narratives of Displacement (2010), Essays on Tato Laviera: The AmeRícan Poet (2014) and Acknowledged Legislator: Critical Essays on the Poetry of Martín Espada (2014).
She previously worked as an award-winning journalist, and her columns since 2010 for The Huffington Post and The New York Times helped bring international attention to the crisis in Puerto Rico. She has also worked for academic unionization at University of California and with la Asociación Puertorriqueña de Profesores Universitarios (APPU). A long-time activist, she has participated in social movements in the areas of human and civil rights, environmentalism, animal rescue, and food sovereignty. In 2016, she ran as a candidate for Puerto Rico’s Senate, District 1 San Juan, for a new alternative party, Partido del Pueblo Trabajador (Working People’s Party). She is currently reworking and completing two books, one titled Insular Interventions: The Diaspora Forges a Greater Puerto Rico, and the latter a collection, Puerto Rico: Crisis and Crossroads in a U.S. Colony.